The downlink/uplink of the GPON network uses 1490nm/1310nm wavelengths respectively. The ODN (Optical Distribution Network) mainly uses G.652D and G.657A2 fibers. The attenuation of these two fibers at 1490nm/1310nm wavelengths is 0.23dB/ km and 0.36dB/km, as shown in Figure 1. Therefore, under normal circumstances, the downlink attenuation of the ODN link should be about 0.13dB/km lower than the uplink attenuation. 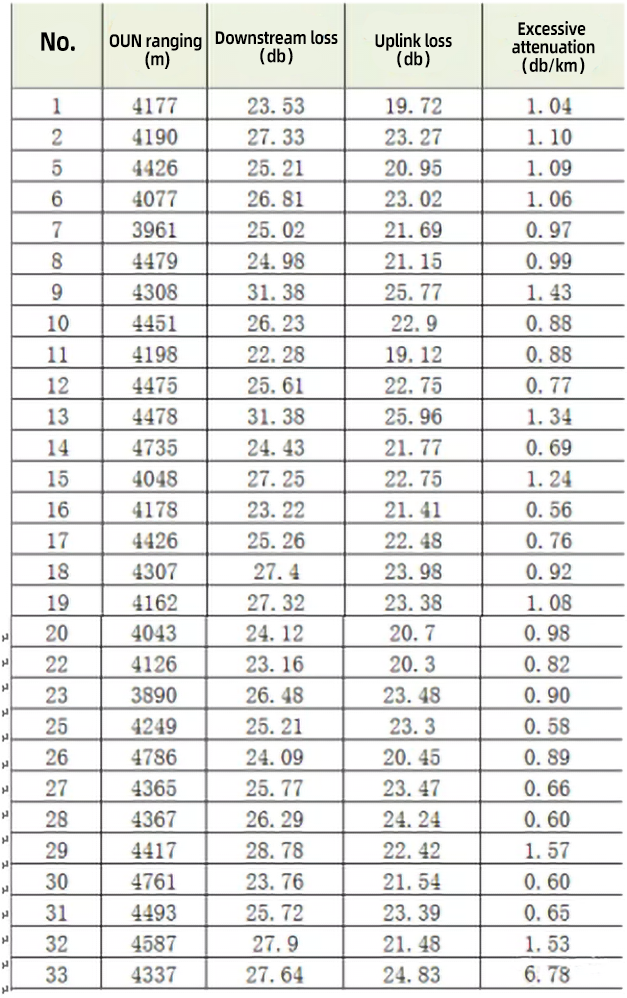 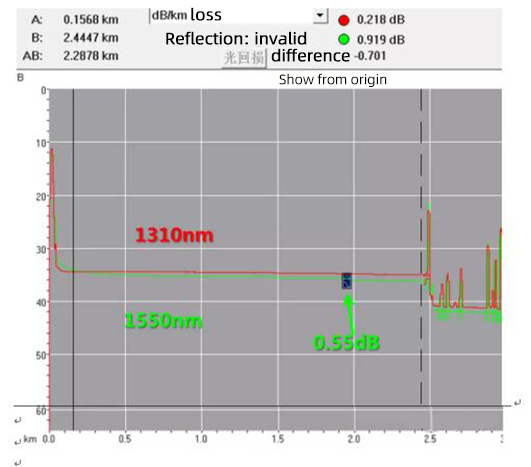 In the optical cable segment containing multiple connectors, almost all connector attenuation exhibits the same phenomenon, as shown in Figure 3. 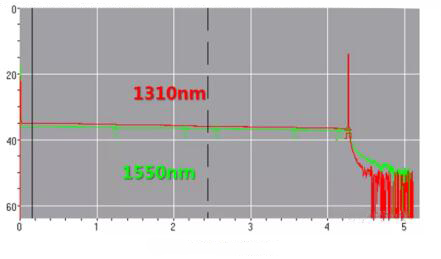 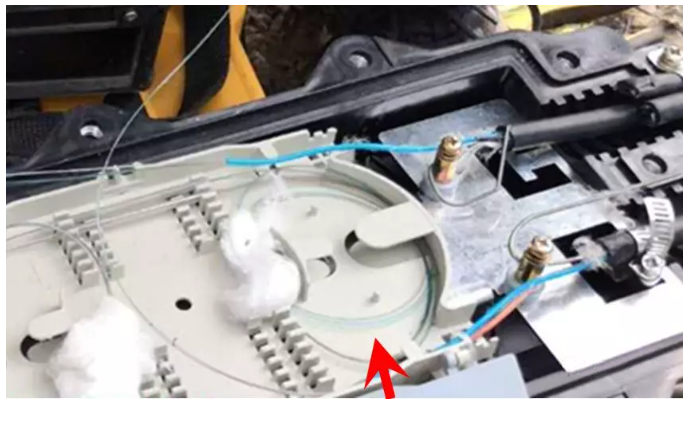 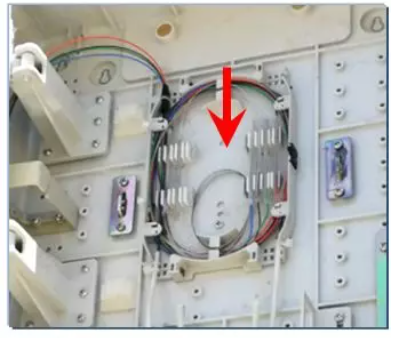 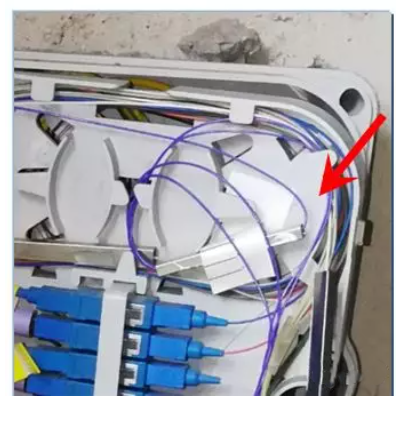 The bending situation of the optical fiber in the direct fusion tray and the fusion-distribution integrated module of the optical cable transfer box is shown in Figure 6. 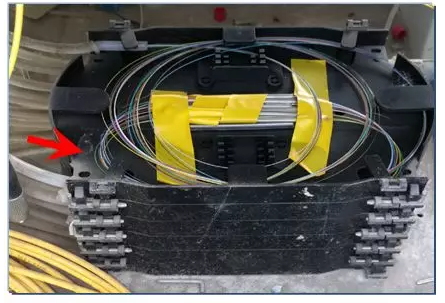 Figure 6. The bending of the optical fiber in the Fiber Interconnect Cabinet

In the entire ODN link, where the coil fiber is involved, there are obvious cases where the fiber bend radius does not meet the requirements of the specification. The main reason is that it is difficult to control the excess length of the optical fiber during the construction process. The excess length of the optical fiber must be coiled only in small coils after coiling several coils that meet the standard in the fiber reel box.

When the bend radius of the fiber is less than the specified value, how big is the difference in the additional loss at different wavelengths? We coiled G.652D optical fiber onto cylinders with different radii. Under specific tests, the test site is shown in Figure 7. 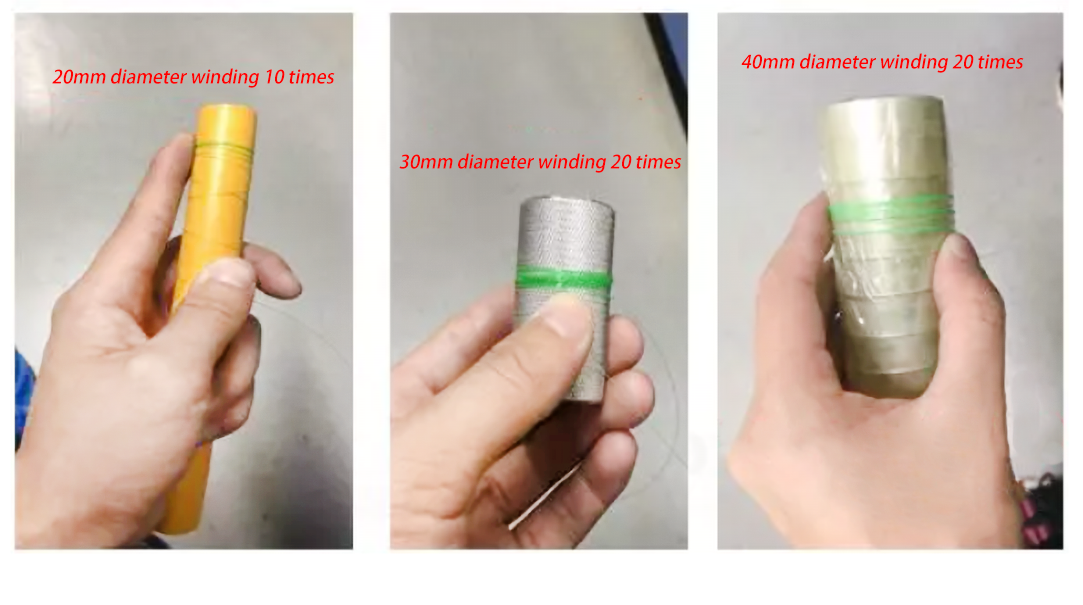 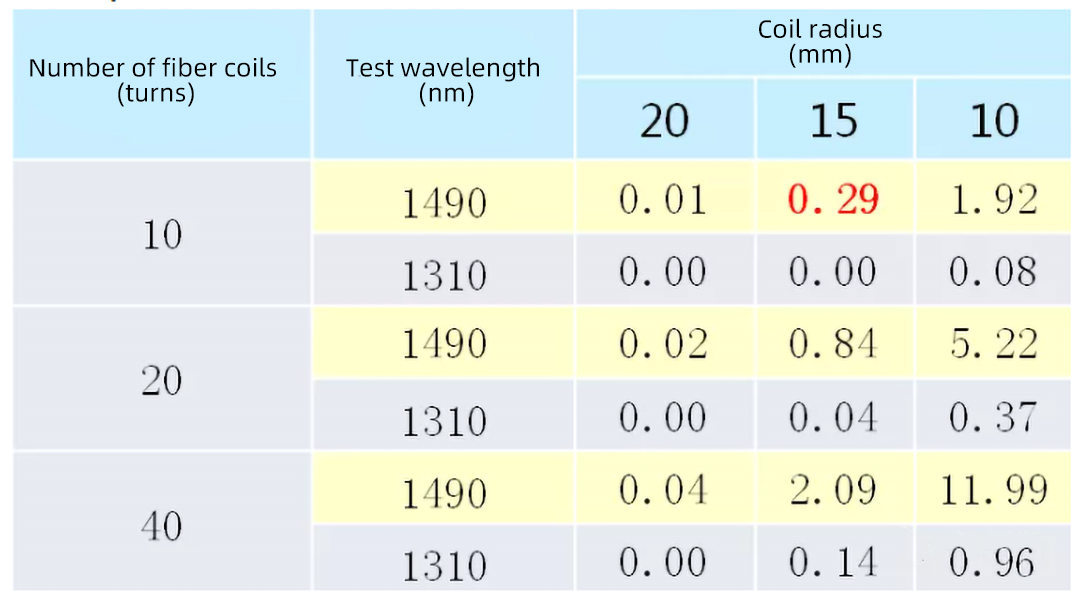 It can be seen from the above table that when the radius of curvature of the G.652D fiber is less than 15mm, the additional loss at long wavelengths is more obvious. The smaller the bending radius, the more the number of coils, and the greater the additional loss.

Since it is not easy to coil the excess length of the optical fiber to meet the specification requirements at the optical fiber connection, it is difficult to eliminate the problem of insufficient optical fiber bending radius in low-cost and low-quality access network projects. Therefore, FCST recommends the following:

(1) When the access network project is completed, the down/uplink of the ODN link must be tested for attenuation with corresponding wavelengths, and the test results should meet the design requirements;