Report: The number of FTTH/B users in the EU39 countries in Europe exceeded 96 million, and the number of households covered nearly 894 million.

Recently, The FTTH Council Europe announced the FTTH/FTTB development report of EU39 as of the end of September 2019 at the FTTH conference held in Vienna. The 39 countries include: EU 28 (excluding Cyprus), 4 CIS countries, Andorra, Iceland, Israel, North Macedonia, Norway, Serbia, Switzerland and Turkey.

The report provides an overview of the latest data on fiber deployment trends in Europe, including a broad market outlook for 2022, and is based on the latest data available in September 2021.

The FTTH Council Europe said they confirmed continued progress in the rollout of fibre. Today, full-fibre connectivity is a clear priority for EU authorities, national governments and European market players. 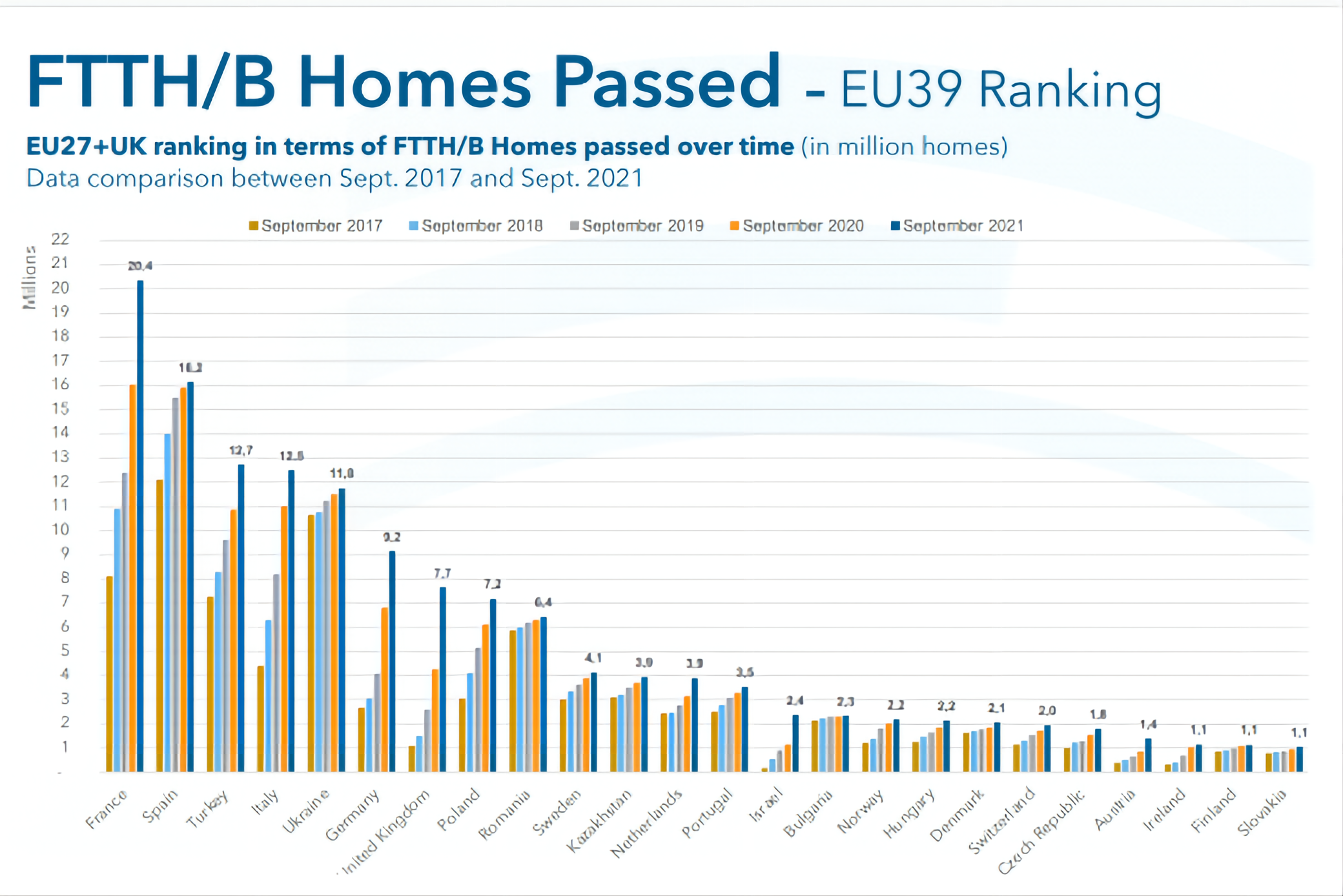 FTTH/FTTB coverage in Europe exceeds half of all households

Interestingly, Altnets are still the largest component of FTTH/FTTB. In the EU39, about 57% of households are passed by replacement ISPs, about 39% are passed by existing ISPs, and the remaining 4% are municipal/utility companies. In general, there is a strong acceleration in the deployment of fibre, with a firm commitment to covering both urban and rural areas.

According to The FTTH Council Europe, market forecasts are in line with previous estimates. It is estimated that in 2027, about 199 million households in the EU-27 and the UK will be connected to FTTH/FTTB networks, while in the EU-39 countries and territories, there will be 309 million. Households are connected to FTTH/FTTB connections. France (31.1 million), the United Kingdom (30.1 million), and Germany (26.9 million) ranked the top three. 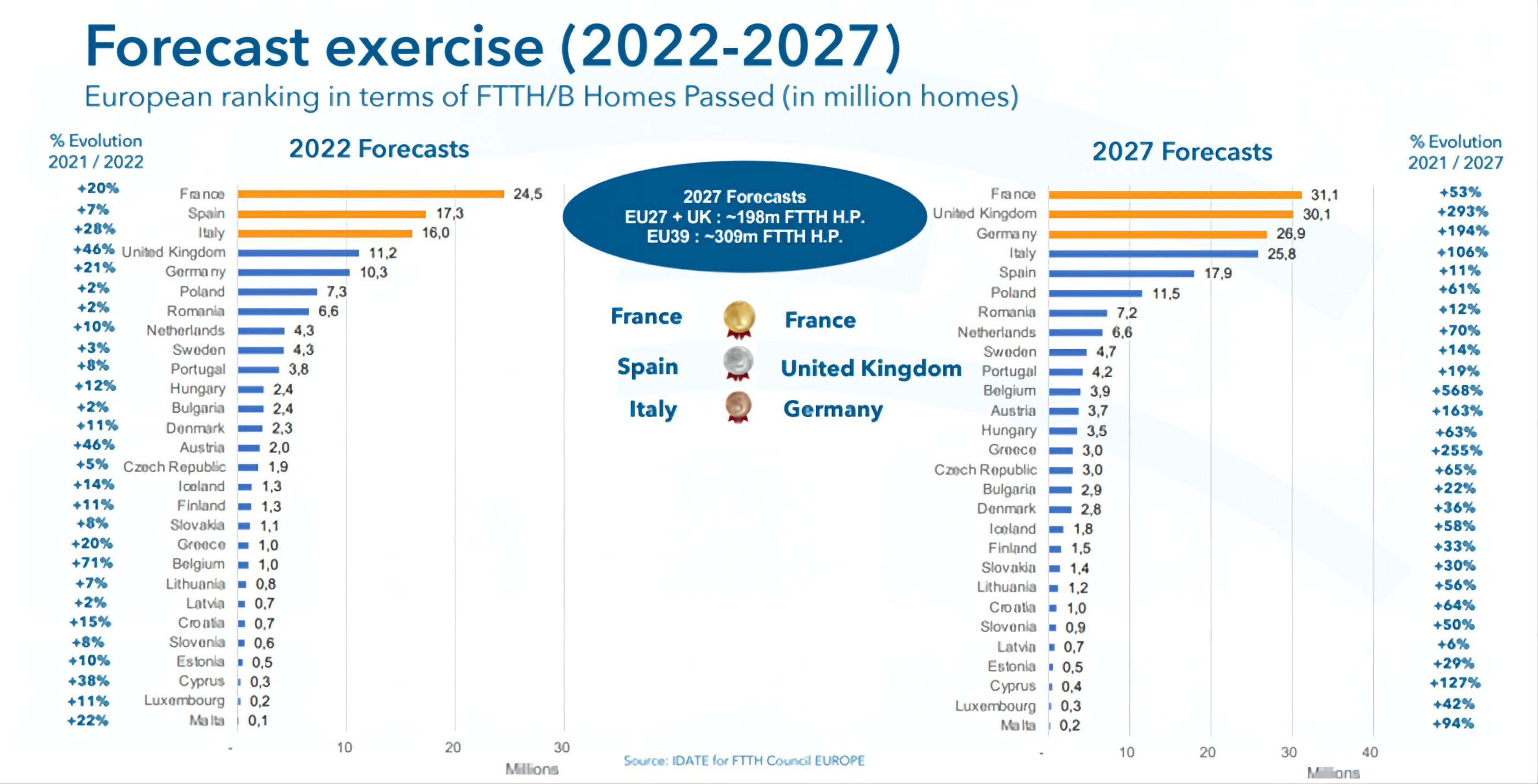 The report shows that by September 2021, only 30% of rural residents will have access to the capabilities offered by full-fibre connections (compared to the EU-27 and the UK, where the average European households covered by FTTH/FTTB networks are 49% The five countries with the highest rural FTTH/FTTB coverage are Denmark (76%), Latvia (74%), Spain (66%), Romania (62%) and Luxembourg (55%).

The report emphasizes that immediate action should be taken to eliminate those "blind areas" that do not have FTTH/FTTB connectivity in rural areas. It recommends that support for rural deployment (subsidies, public-private partnerships, etc.) should be actively promoted and strengthened to enable high-speed fibre broadband connectivity in every region of Europe. Finally, it is necessary to strengthen the level of policy and supervision, and comprehensively promote the "Gigabit Society 2025" and "Digital Compass 2030" plans established by the European Union.